The Bank of America has announced a new home mortgage program that will provide preferential loan terms based on race.

The new program will waive down payments and some traditional borrowing requirements on home loans in certain primarily Black or Hispanic neighborhoods in Detroit, Miami, Los Angeles, and Charlotte. Those five cities will serve as test areas for expansion of the program later.

The banking giant said that the mortgage program is “aimed at helping first-time homebuyers in Black and Hispanic neighborhoods by offering mortgages that don’t require down payments, closing costs or minimum credit scores.”

The bank is also waiving the requirement for mortgage insurance on the loans. That additional fee is normally charged on mortgages when borrowers put down less than 20% of the purchase price of their home.

In California, this would seem to violate the Unruh Act. Also federal Title VIII … Bank of America announces zero down payment mortgages for Black and Latino homebuyers https://t.co/zzFDWhrmK5 via @nbcnews

Bank of America is calling the program its “Community Affordable Loan Solution.” Loan applications will not base eligibility on credit scores, but will look into a variety of other factors such as a reliable history of paying utility bills or rent.

A.J. Barkley is the bank’s head of neighborhood and community lending and said that the program will “help make the dream of sustained homeownership attainable for more Black and Hispanic families, and it is part of our broader commitment to the communities that we serve.”

Bloomberg reported that the bank is also giving borrowers “down-payment grants of $10,000 to $15,000 so they have immediate equity in their homes.”

Bank of America has not disclosed when or how far it will expand the program beyond the five pilot cities.

The terms being offered under the new program hearken back to some of the types of subprime mortgage loans that were a focal point of the 2008 financial crisis. If the housing market suffers a significant downturn, homeowners without a substantial amount of equity in their homes have been shown historically to have much less incentive to continue paying their mortgages.

The new program comes shortly after Bank of America launched another initiative called the “Small Business Down Payment Grant Program.” That program is designed to “extend credit to historically disadvantaged small business borrowers” and gives preferences and advantageous terms to “minority and women business owners.” 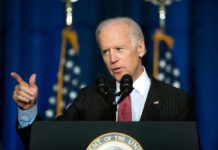