Over the past several weeks, Joe Biden dropped his previous talking points about wanting to unify everyone and end the political division.

Instead, these talking points have been traded in for bashing “MAGA Republicans” and claiming anyone who supports former President Trump is a risk to democracy. Since getting heat for this, the White House tried to explain Biden’s comments in a way that eases backlash.

It’s not working out so well. In fact, despite the president’s best efforts, most Americans aren’t falling for the president’s fearmongering about Trump supporters. This is made evident in a recently released poll.

Seeing Through Left-wing Lies
A brand new poll by Harvard-CAPS Harris reveals 54% of Americans believe the president’s comments about “MAGA Republicans” are overblown and distorted. Only 46% of the country told the pollster they believe Biden’s remarks.

The data gets more interesting, though. 58% of Americans agree Biden’s rhetoric about Trump supporters is designed to take attention away from his own leadership and the problems facing the country.

The president’s rhetoric about “MAGA Republicans” has been called out not just by the GOP, but even by the corporate mainstream media. News anchors pointed out that Biden’s comments don’t befit a president who campaigned on being a unifier and not pitting Americans against one another.

Unintended Consequences
Following Biden’s comments about Trump supporters, the chief pollster with Trafalgar Group warned that GOP turnout in the midterms is likely to be higher than expected.

This is because canvassers will have a harder time estimating where Trump supporters stand on the issues. The chief pollster pointed out that a similar phenomenon happened during the 2016 presidential race when Trump supporters were written off as “Deplorables” by Hillary Clinton.

Now that the Biden administration has essentially classified “MAGA Republicans” as a threat to democracy marshaling federal law enforcement to focus on them. This move has created a new type of voter that will be even harder to poll or even estimate.

Biden, however, isn’t giving it up. He and his administration continue to spread lies about “MAGA Republicans” and argue that voting for Democrats in November is the only way to hang onto democracy.

Later this month, Biden has a trip planned to Orlando, Florida where he’ll be campaigning for Democrats in the state and going after Republicans. It would appear that the president isn’t paying attention to polls these days or observing how most Americans perceive his remarks. 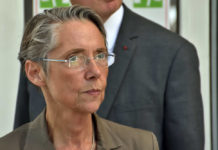