The so-called “red wave” that many Republicans had hoped to see on Election Day did not materialize, which resulted in significant finger-pointing among prominent conservatives.

He said that the Senate’s top Republican did not provide a sufficiently compelling vision to rally voters to GOP candidates.

“Mitch failed to make this a referendum on why Republicans were better than the Biden agenda and the Democrats, and he knocked down anybody’s efforts to have a platform to run on,” McIntosh explained.

Furthermore, he assailed the Senate leader’s “style of campaigning,” describing it as: “Spend money and go back and use that money to try to get yourself elected.”

In this midterm election season, he said that the approach “didn’t work in a lot of these close races.”

Himself a former U.S. congressman, McIntosh spoke on behalf of current lawmakers who are growing weary of “serving in the minority” on Capitol Hill.

“They don’t see the vision of getting back to the majority,” he added. “And I think they’ll quietly distance themselves from their support from it.”

McConnell has received significant criticism from within his own party in recent months, in large part because he opted to pull campaign money out of a tight Senate race in Arizona and instead invest in U.S. Sen. Lisa Murkowski (R-AK), an establishment Republican defending her seat against Kelly Tshibaka, a GOP challenger endorsed by former President Donald Trump.

If only Mitch McConnell still had that $9,000,000 he spent smearing Republican Kelly Tshibaka in Alaska as a favor to his friend Lisa Murkowski.

Herschel Walker could sure use that in Georgia as we fight to save the Senate.

In a social media post last month, Trump called McConnell an “Old Broken Crow,” lamenting the fact that he was “authorizing $9 Million Dollars to be spent in order to beat a great Republican, Kelly, instead of $9 Million Dollars that could be used for [Arizona Senate candidate] Blake Masters, and other Republicans, that with this money would beat their Democrat opponents.”

Masters, who continued to trail incumbent Sen. Mark Kelly (D-AZ) as of Thursday morning, said that he would oppose McConnell’s bid to retain his role as the chamber’s GOP leader.

Although the odds remained stacked against Republicans, McConnell continued to hold out hope that the party could still secure a majority.

“I don’t deal in feelings,” he said on Wednesday. “The question is, they’ve got to count the votes and then we’ll figure out where we are.” 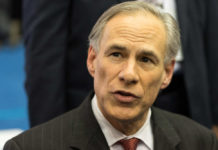