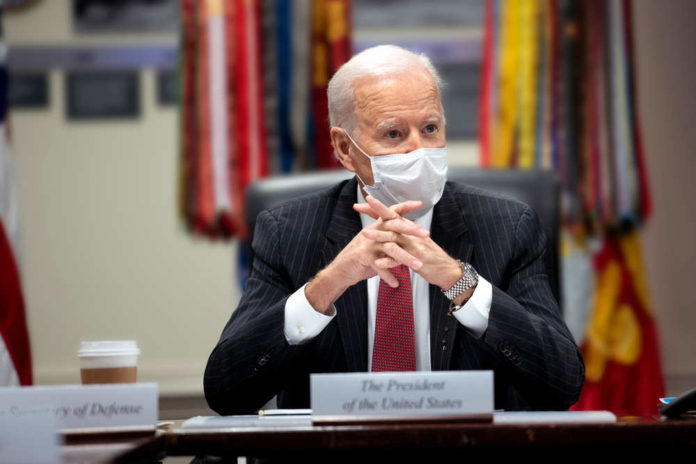 Americans have repeatedly heard various talking points from Joe Biden that center around “restoring” the soul of the United States, bringing people together, and not seeing one another as the enemy.

However, Biden continuously refuses to live up to his own standards. It wasn’t too long ago that the president was trashing pro-filibuster Republicans as “segregationists” and talking about how little respect he’s got for “MAGA Republicans.”

In the wake of this rhetoric, an 18-year-old Trump supporter was viciously mowed down by a middle-aged left-winger. This happened after a GOP headquarters office was vandalized in Central Florida.

Now, Biden is once again returning to his old talking points that stress the danger of division in America.

Oblivious Remarks From Biden During His 60 Minutes Interview
While speaking with 60 Minutes earlier this month, the president was asked about his work in Congress during the 70s when Republicans and Democrats could seemingly work together sometimes.

Biden responded to this by alleging former President Trump made criticism against his opponents “so personal.” He also claimed that America never had a president like Trump who made targeted attacks against individuals.

Biden tells 60 minutes we’ve never had a President like Trump who made personal attacks on the other side. He’s gonna FLIP when he hears about the guy who called half the country fascists.

However, the irony of this remains widely pointed out by people who’ve been paying attention to Biden. It hasn’t even been two months since the current president wrote off tens of millions of Americans as “semi-fascist.”

Biden didn’t stop there, though. He determined that Trump and the Americans who support him are full of rage and violence against others.

Around the same time, the president also accused “MAGA Republicans” of wanting to strip Americans of their liberties and privacy rights.

These are some of the most specific and harsh attacks that can be made against any group of people, especially when the person commenting is the president of the United States.

Leading By Example
If Biden is truly as shaken by division as he claims to be, he can lead by example. This means not trashing the character of lawmakers who support the Senate filibuster or Americans who voted for Trump.

Democracy cannot survive when one side believes there’s only two outcomes to an election: either they win, or they were cheated.

That’s not democracy. And that’s where the vast majority of MAGA Republicans are today.

You can’t love your country only when you win.

During Biden’s inaugural address, he promised to be a president for all people nationwide, including those who voted against them.

In the nearly two years that Biden’s been in office, he’s had ample opportunities to live up to these comments. Yet, he’s consistently chosen not to.