The following story is brought to you courtesy of Breitbart. Click the link to visit their page and see more stories.

Three of the 11 prisons are set to close in the next few months while the eight others are closing later this year or in 2022. The Biden request orders that all be shuttered after their contracts end.

Now, in a letter to Biden, the International Association of Machinists and Aerospace Workers (IAMAW) union is asking the administration not to move forward with the request — noting its “devastating impact” on about 1,200 American middle class union workers who work at the prisons set for closure.

“The closure of these facilities will result in thousands of hard-working Americans losing their good jobs during one of the most economically challenging times in our country’s history,” IAMAW President Robert Martinez writes, continuing:

Given these facilities are among the largest employers (if not the largest employer) in the areas they are located, their closure would have a negative impact on local communities and economies. Also, since each of these facilities has a unionized workforce, it tends to have the highest-paying jobs in the community as well, often by a wide margin. 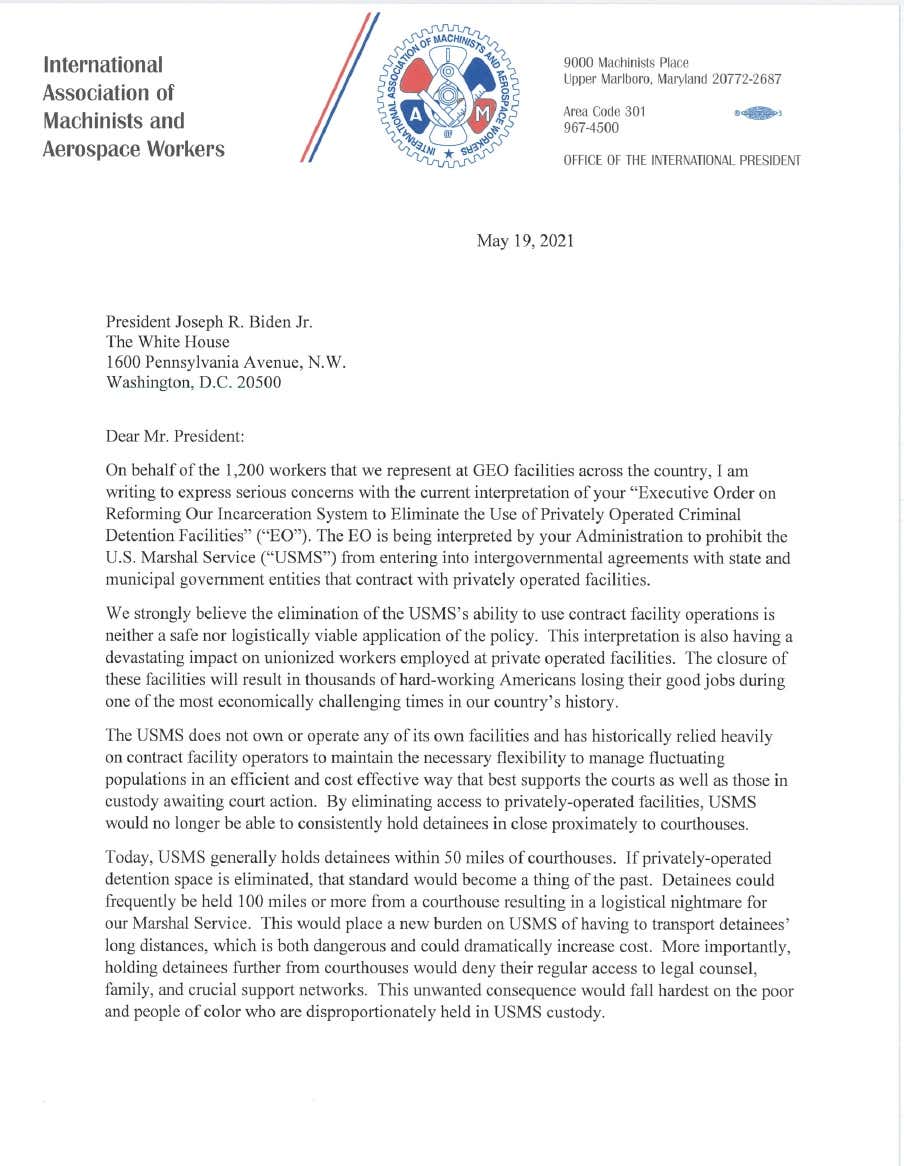 Biden’s order is a step further than the Obama administration’s 2016 initiative where the Justice Department instructed officials at the Bureau of Prisons to end contracts with the privately-operated prisons or drastically reduce the prisons’ inmate populations.

Biden and the EU’s Shameful Ignorance of Northern Ireland

Scientist: We dismissed lab-leak theory because Trump promoted it

Yikes: Joe Biden Loses It on a CNN Reporter in Shocking,...

Mike Pompeo: Biden MUST hold Putin accountable for cyberattacks, ‘This is...

Meghan McCain Goes OFF on AOC during EPIC Rant on “The...