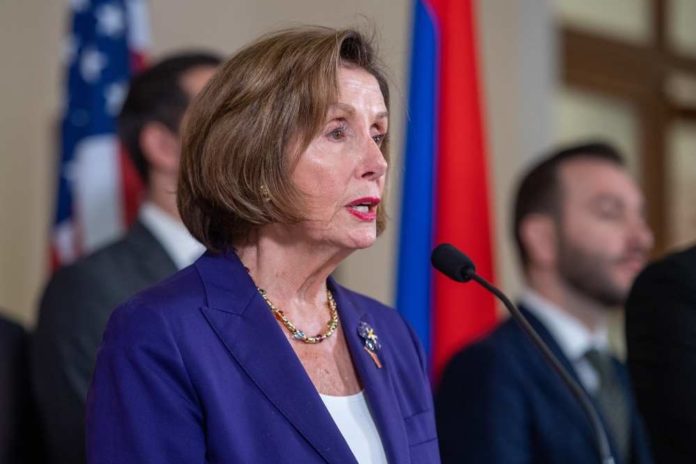 During an interview with CNN’s Anderson Cooper, Speaker of the House Nancy Pelosi (D-CA) revealed that the recent attack against her husband, Paul Pelosi, in their San Francisco home will impact her decision about her political future.

Pelosi, who is currently running for reelection for another two-year term, has served in the House for over three decades. She is the only woman to have ever served as Speaker of the House.

In her first sit-down interview since her husband’s assault, Pelosi was asked if she made a decision about whether she will retire if Democrats lose control of the House of Representatives in Tuesday’s midterm elections.

The California Democrat responded by stating that her decision will be impacted by what occurred during “the last week or two.”

Cooper then asked Pelosi if her decision will be impacted at all by the attack.

“It will?” the CNN host followed up.

News — Pelosi says her decision to stay in her leadership position after the midterms will be impacted by the violent attack on her husband. “The decision will be affected about what happened the last week or two.” pic.twitter.com/Pd17uQa4Et

In the early hours of October 25, Paul Pelosi was assaulted with a hammer at his San Francisco home. His wife was not home at the time of the incident.

Police responded to the scene at approximately 2:30 a.m. and reportedly witnessed the suspect and victim fighting for control of a hammer. The suspect “pulled the hammer away from Mr. Pelosi and violently assaulted him with it,” police said.

The 82-year-old suffered blunt-force trauma to his head and body and was “admitted to Zuckerberg San Francisco General Hospital where he underwent successful surgery to repair a skull fracture and serious injuries to his right arm and hands,” according to a statement released by Drew Hammill, a spokesperson for Speaker Pelosi.

The attacker, 42-year-old David DePape, was arrested on suspicion of attempted murder, elder abuse, and burglary. According to the suspect’s ex-girlfriend, Oxane “Gypsy” Taub — who is also the mother of his three children — DePape “has been mentally ill for a long time.”

And now the mother of DePape’s two children, Gypsy Taub, has publicly confirmed that DePape has experienced psychotic episodes. "He is mentally ill,” she told ABC7, “He has been mentally ill for a long time."

Democrats are expected to lose control of both chambers of Congress in midterms, according to recent polling. While many Americans have already voted early, both in-person and via mail, Election Day is Tuesday, November 8.