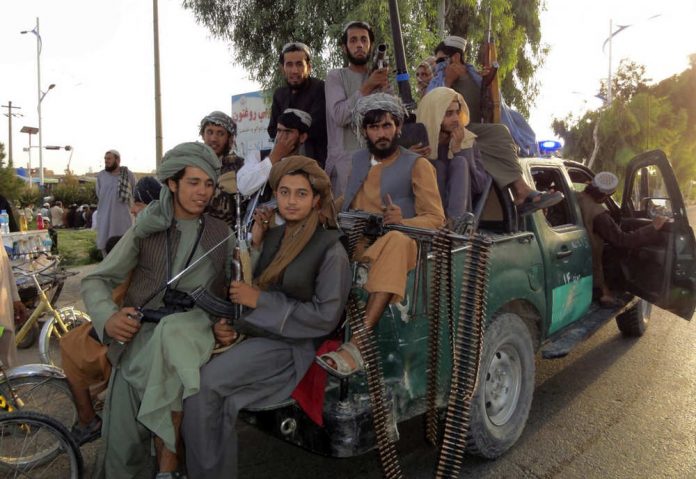 Following the suicide bombing at the Kabul airport that killed at least 13 U.S. service members, General Kenneth McKenzie Jr. said at a Pentagon press briefing that the evacuation mission to airlift Americans and allies out of Afghanistan depends on Taliban protection.

McKenzie added that the military expects additional attacks near the airport and does everything possible to prepare for them. He said that preparation included working directly with the Taliban, who are “actually providing the outer security.”

A Politico report on Thursday afternoon revealed that officials with the U.S. government had previously shared information identifying persons who had been cleared for entry into the airport for evacuation.

The military deaths on Thursday were the first in Afghanistan since February of 2020. According to Afghan sources, between 30 and 40 civilians were killed on Thursday, another 120 were wounded.

The self-imposed deadline of August 31 for the total withdrawal of all military personnel from the country has been continuously maintained by the Biden administration. The White House has pledged to stick to that date following the Taliban’s declaration that the date is a “red line.”

The arrangement currently exists especially disadvantageous for U.S. forces, as the military is admittedly dependent on Taliban cooperation and protection while the group has been simultaneously preventing people from crossing checkpoints that would allow entry into the Kabul airport.

The number of Americans remaining in Afghanistan outside the protection of U.S. forces at the airport is uncertain. An estimate of 1,500 was provided by Secretary of State Antony Blinken on Wednesday.

Since evacuations have been limited to the Kabul airport, over 117,000 people have been flown to various locations. The majority of evacuees have been Afghan nationals, and the number of persons the U.S. government has issued special visas is unclear.

The U.S. government has issued a travel alert advising American citizens to avoid traveling from areas inside Kabul to the airport and to avoid the gates entering the airport unless provided individualized instructions directly from a U.S. government representative. Notwithstanding the alert, an unknown number of Americans have continued to eventually reach one of the gates patrolled by U.S. military personnel.