President Joe Biden and the Department of Justice are overly concerned that former President Donald J. Trump will not only run for president in 2024, but that he will win. This is the impetus of the ongoing DOJ fishing expeditions the agency calls an investigation.

Trump endorsed State Senator Wendy Rogers ( R-AZ) tweeted, “I Believe He Will Be Our President Again.”

Trump has thrown hints of running in 2024 but has not publicly declared any intentions.

Rogers called out Biden for his Sept. 1 speech at Independence Hall in Philadelphia Pa. The speech was billed by the administration as “The Soul of The Nation” and was intended to unify.

However, in that speech, Biden said Trump supporters are a threat to our democracy and called the MAGA supporters “domestic terrorists.” This is inline with Democrat White House strategist Kurt Bardella’s idea that it is time for the president to focus on the “health of democracy.”

Bardella continues to defend the Biden speech saying the President is simply telling the truth and there is nothing political about it.

Rogers disagrees. “Now we have a resident in the White House who has made it clear with that blood-red background with two United States Marines co-opted into having to stand there and clearly indicating to those of us who love our country that he has no compassion or will to stick up for us,” she said.

Rogers believes the FBI has lost credibility with America since the Aug. 8, 2022, raid on Trump’s private Florida residence Mar-a-Lago. Noting that Trump “plays chess” at a higher level, Rogers feels the DOJ does not realize their actions are only making the American First movement stronger.

“I am honored to have been endorsed by him,” Rogers said. “President Trump is a tour de force. He is the leader of the America First movement.” 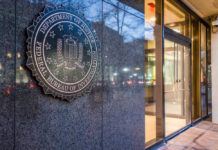