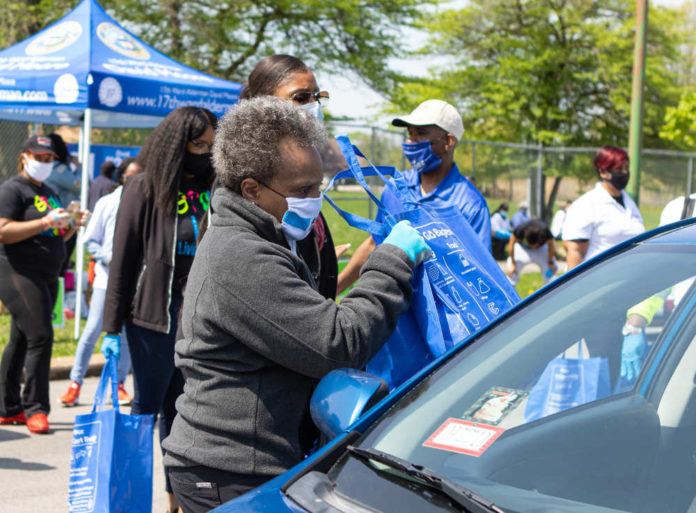 The Biden administration continues to demonstrate complete disregard for the issues facing the southern border. Because Joe Biden removed immigration policies that former President Trump set in place, the border is now a free-for-all where migrants come in at will.

Some are captured by the authorities, but many others are successful at getting into the country. As a result of the federal government’s refusal to act, border states are taking their own measures to avoid being completely swamped.

In Chicago, Mayor Lori Lightfoot (D) openly claimed she’s more than happy to take in migrants from Texas and Arizona. However, her actions after these migrants actually arrived in Chicago tell a very different story.

Before the Cameras vs. Behind the Scenes
It wasn’t too long ago that Lightfoot proudly told the press Chicago is a sanctuary city that welcomes all people.

Lightfoot even took shots at Texas, saying she’s pleased to welcome migrants into her community, seeing as she wouldn’t want to live in a state with a leader like Texas Gov. Greg Abbott (R).

Mayor Lori Lightfoot torches Texas Gov. Greg Abbott (R) over bussing migrants to Chicago: He is "a man without any morals, humanity or shame."

"I also want to say: Shame on the bus companies, who frankly are just as complicit as being a part of this indignity." pic.twitter.com/6akADE7HNO

However, once the cameras stopped rolling, the Chicago mayor had migrants who arrived from Texas transported to a hotel in Burr Ridge, Illinois. To add insult to injury, Lightfoot didn’t even bother to alert Burr Ridge Mayor Gary Grasso (R) of the migrants heading to his city.

Lightfoot’s transfer of migrants from Chicago to Burr Ridge is ironic, seeing as she slammed Abbott for sending migrants to Chicago without getting her blessing.

The Moral of the Story
Abbott’s decision to dispatch migrants to sanctuary cities has exposed the truth about the leaders of these communities.

It’s easy for Lightfoot and others to say their cities are welcoming to all people when they don’t have to actually execute this rhetoric into action. Likewise, turning a blind eye to the dangers of illegal immigration isn’t an issue for Democrats, until the consequences arrive on their own doorsteps.

Liberal mayors supported “sanctuary cities” until it was time to give “sanctuary.”

If the Chicago mayor was truly serious about being welcoming to all people, regardless of their immigration status, there’d be no need to transport migrants to Burr Ridge.

The Texas governor, on the other hand, has been clear that he’ll keep sending migrants to sanctuary cities until the Biden administration secures the southern border.