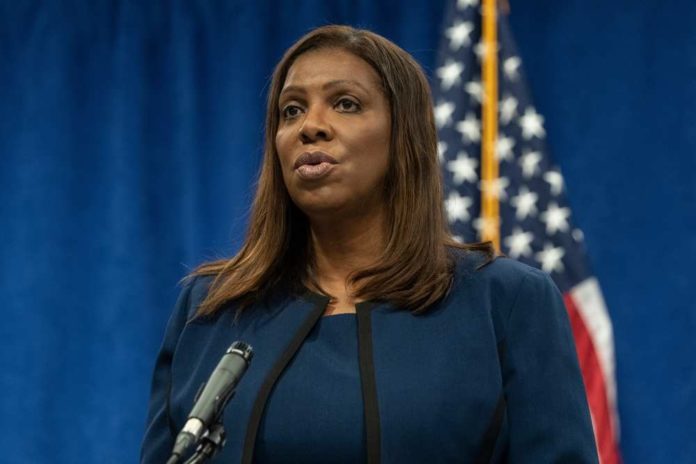 Throughout his presidency, Donald Trump faced several witch hunts and still faces constant scrutiny while out of office.

On August 8, in an unprecedented move by the FBI, Trump’s Mar-A-Lago family home was ambushed and raided.

A search warrant was issued to the corrupt FBI in order to raid Trump’s personal property. The next hurdle comes from New York Attorney General Letitia James, who has been hyper-focused on Trump since taking office in 2018.

Nearly every influential and powerful Democrat asserted for years that Trump stole his 2016 election and was “illegitimate,” as NY Attorney General Letitia James does here in running roughshod over rule of law in her ongoing quest to destroy Trump. https://t.co/PtsmtWlxKT

Trump will face a deposition on August 11 by James. It is unclear what the FBI searched for, but many theories exist.

The brazen move by the Department of Justice had many Republicans mad and it was crazy enough to even got some Democrats in on criticizing the government’s decision.

Trump’s testimony will be considered a civil proceeding and not a criminal case. However, the state of New York is supposedly attempting to find wrongdoing in Trump’s past real estate career.

The main witch hunt narrative is that the FBI is trying to find evidence of Trump overstating the value of his assets and linking that to tax-related filings.

Trump took to his social media network, Truth Social, to air his grievances and said he would see James” for a continuation of the greatest Witch Hunt in U.S. history! My great company, and myself, are being attacked from all sides. Banana Republic!'”

It is known that James has had issues with Trump for years and to think she can be non-bias in this situation is laughable.

As my father sits for a deposition in front of the most corrupt Attorney General in the United States (Letitia James), I want to remind everyone exactly who this evil woman is…

Everything you are seeing – it’s all a coordinated effort to stop what they know will happen in 24’ pic.twitter.com/LOTC3GNGuy

Trump said he would not be answering questions from James.

“Accordingly, under the advice of my counsel and for all of the above reasons, I declined to answer the questions under the rights and privileges afforded to every citizen under the United States Constitution,” he said.

“What Letitia James has tried to do the last three years is a disgrace to the legal system, an affront to New York State taxpayers, and a violation of the solemn rights and protections afforded by the United States Constitution,” Trump added. “I did nothing wrong, which is why, after five years of looking, the Federal, State and local governments, together with the Fake News Media, have found nothing.”

As Trump cannot catch a break, patriots rally to support him and hope to see another victory.